Personal Branding Photographer and Growth Marketeer based in Amsterdam.

The first time I travelled to Colombia with Sebastiaan Stam was in 2016. I took him on a journey to not only meet my family and where I was born; but also the roots of my country and people. We went from Bogotá, to Cartagena to La Guajira. In La Guajra, the northest point in Colombia, we visited friends who belong to the Wayúu tribe. During our stay there, we went to spend a day at my friend’s “Ranchería”, which is in the middle of the desert (Rancheria is how you call the territory and houses where the wayúu indigenous live). While we were there, one my friend’s brother fell in love with my sister. The young boy quickly went to tell his dad, who was sleeping his siesta in a hammock, that he wanted to marry my sister. His father answer was: “How many goats do you have so you can buy her?”.
Another sister who was around heard the story and came quickly to us (to my sister, Sebastiaan and I) to tell us what she had heard. We all laughed about the story and made some jokes about leaving my sister at the Ranchería and taking the goats with us. 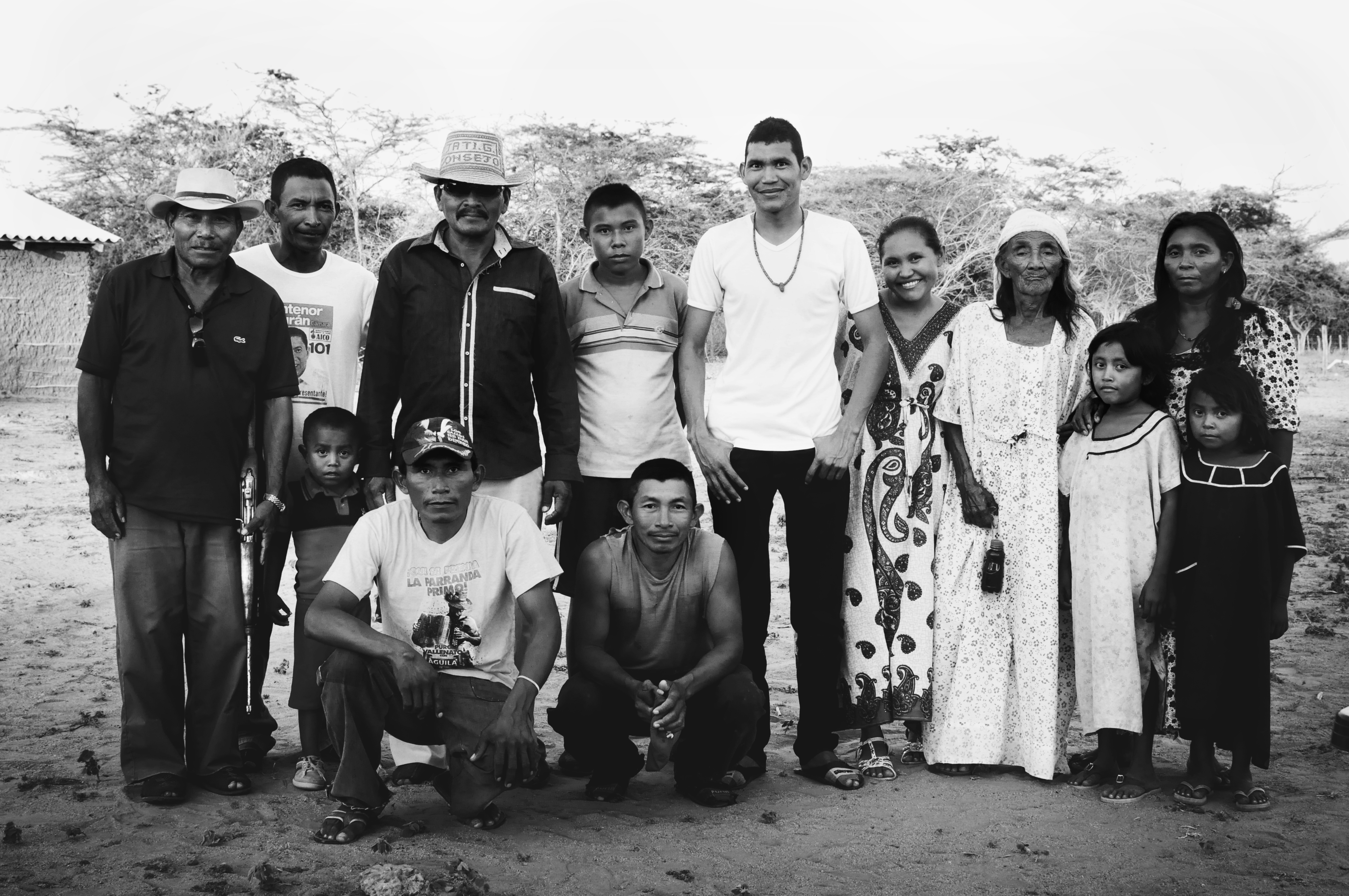 When we came back to my mom’s house in Cartagena, we told her the story about the boy who wanted to marry my sister. My mother’s first response was: “How many goats did they have to offer?” Why didn’t you leave your sister there”?. We all laughed again. The exchange of goats for my sister became a joke that we used to tell in family reunions or when we meet with friends.

This past Sunday, Sebastiaan Stam asked me to go to take our usual walk at the forest. The day was rainy, but he said that he really wanted to take a walk. I followed his lead and went with him to the Amsterdam forest. While we were there he suggested me to go to see the baby goats at the sustainable farm that is there. When we got to the place, to my surprise, I saw a small plate that said: Offered to Machacón – Romero (my last names). My head started spinning out because I thought there was another Machacón – Romero in Amsterdam. Clearly, I did not finish reading the plate.

I told Sebastiaan look, who is that??!!!!! When I looked at him, he offered me a ring. Then I understood that the Machacón-Romero on the plate was me and Sebastiaan was asking me to marry him! There, among the lovely goats, at my favourite place in Amsterdam, the forest. And not to mention that this past Sunday, 10-02-2019, was our five year anniversary, which I definitely forgot that day!

Sebastiaan made a donation to the farm for five goats, he clearly made a wink on the distance to my family. He made me laugh with his own creative bride token and obviously I said yes to his wedding proposal. So, now there we have, five little goats that anyone can visit and play with if you go to  Geitenboerderij Ridammerhoeve at the Amsterdam forest!

FYI, Nonni, Nanni, Nino, Nano & Noel are the names he gave to the goats!

Thanks to all the people who came to the surprise party that was organized after by Seb, Amber and Mely Noija!

And also many many thanks to the Geitenboerderij Ridammerhoeve to allow Sebastiaan to fulfill his plan and take part of this amazing surprise!

Get your guide to Improve your visual branding on Instagram